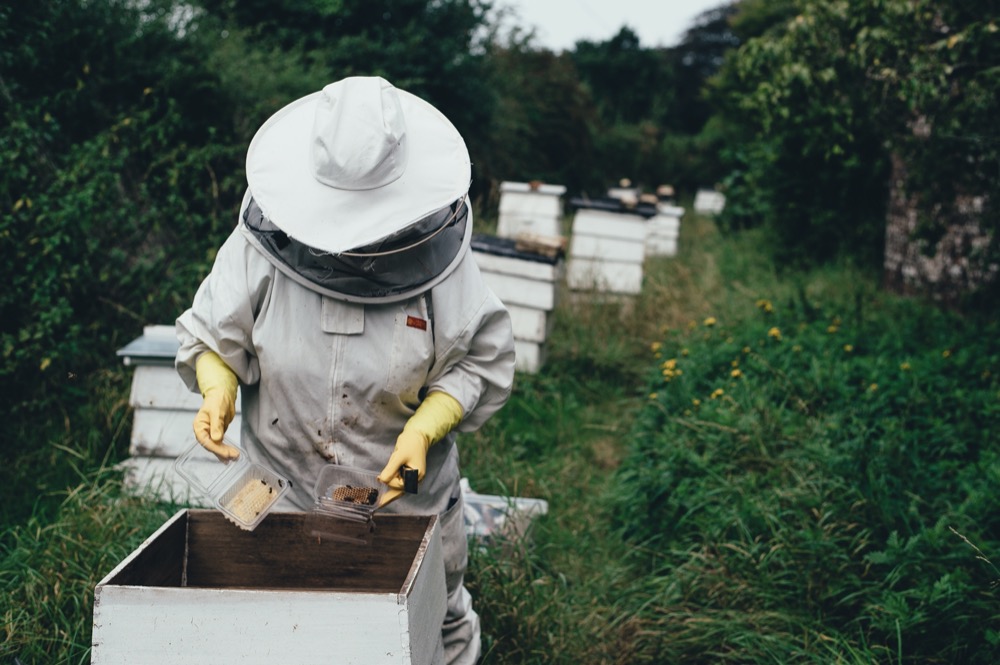 Today’s testimony brings us inside the world of beekeeping. Initially reserved for a few enthusiasts, this activity has rapidly developed to the point where it has become a very popular trend today. Why is that? General awareness of the benefits generated by bees and their impact on Man and the surrounding ecosystem. So much so that today, beehive theft has become widespread…

An amateur beekeeper, Xavier chose to equip his 22 hives with Invoxia GPS Trackers to protect himself from possible theft. Below he’ll tell you what made him make up his mind!

How did you think of equipping your beehives with GPS Trackers? Were you already stolen from before?

Personally I have never been a victim of theft, however beehive robberies have become more and more frequent. A few years ago, it was unimaginable. I have a friend who is a beekeeper and has had several hives stolen from him. A hive containing bees costs between 200 and 300 euros, depending on the time of the year and the species of bee. Since the hive isn’t very far from my home, I decided to go for it and bought two Invoxia GPS trackers to try them out.

What are some of the advantages the Invoxia GPS Tracker provides for beekeeping?

The tracker is long and slender. Since the hives are not moved very often, the tracker only transmits a few location points, so the battery lasts a very long time. In 10 months of use, I’ve only recharged it once! In addition, the tracker can be slipped under the hive or directly into the frame of the hive. The tracker is almost the same thickness as the frames. It even looks like it’s made for hives! I position it and then the bees come and secure it with wax. Anything you put in the hive, the bees make it their own.

What would you say to a beekeeper who is looking for an effective way to protect his or her hives?

In general I find the tracker ideal for beekeepers. It allows to be alerted in case of any suspicious movement and to react in time to prevent any attempted robbery. And in the event of a beehive theft, the tracker makes it possible to follow the thieves and assist the police in their search!

Like Xavier, do you own one or more GPS Trackers and wish to share your experience with our community? Don’t hesitate to send us your testimonial on marketingteam@invoxia.com or on our social networks!

And don’t forget to check out the other user testimonies!